Band Links:
California post-hardcore band Movements recently wrapped up the touring cycle in support of their debut album, Feel Something, which was released back on October 20th, 2017, via Fearless Records. (Check it out on Apple Music here or find some merch and physical copies here.)

For fans of the group, it is absolutely wild to think of how they have accomplished so much in such a short period of time, and with such a small catalogue of released music. With multiple headlining tours, playing the main stage on Warped Tour, and so much more, it’s been a long time since a new group has come out with a strong force like this. How did they get here and how are they going to keep it this way? Let’s talk about some of the catalysts behind this four-piece’s success.

01. Beginners Luck
- Nine times out of ten, a band’s first show is a local bill or some sort of organized event that has live music just because. Movements had the pleasure of opening for the known rock commodity Have Mercy, leading to playing with other big names like Balance and Composure early on. Shortly after, this led to a deal with renowned label Fearless Records and a growing list of “who’s who” touring mates.

“Full Circle;” watch it on repeat if you want to get all meta.


02. Dedicated Fanbase
- Lucky for the band, they have attracted a large and devoted fanbase to jump on the ride with them. Over an album’s cycle, Movements went from opening big rooms to headlining those same rooms today. It is a testament to how it’s still possible to “blow up” despite the ever changing industry, as long as you have the ability to keeps fans reeled in.

03. Right Sound at the Right Time
- If you’ve been living under a rock, you might not know there has been somewhat of an emo revival happening over the past few years. With bands like Bring Me The Horizon exploding into arena status from the heavy world, this abrasive style of music has been normalized, leaving more room for other groups to bloom.

Some examples of the band live when they played The Opera House in Toronto on May 16th: 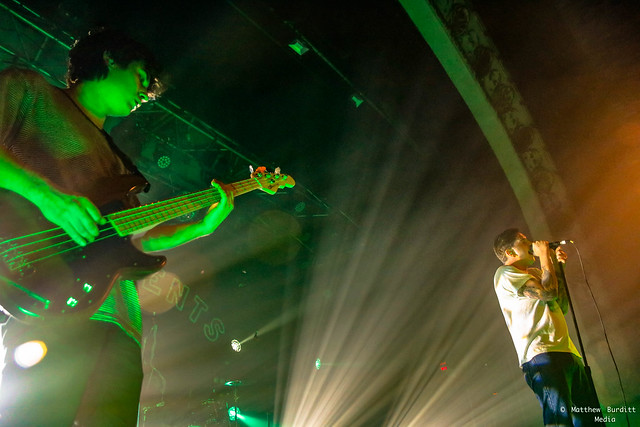 04. Relatable Lyrics
- Going back to the whole emo thing, Movements is a sad band. There is no denying it. However, the things they write about are what the average person deals with. Love, loss, mental health, illness. No one is left out of the circle, even though it may not be one you necessarily want to be in.

05. They’re Damn Good
- A band doesn’t just accidentally drop an EP and blow up, only to drop a full length and go even further into the stratosphere. What Movements have going on is something special, whether you know it or not. Seeing a demographic that ranges from kids going to their first concert to the jaded older folks drinking beers at the back of their shows, it speaks to them being more than a “scene band.” These guys may seem to be at their peak currently, but expect the peak to be pushed further.

Stay for a while and watch the video for “Daylily.”