Band Links:
Toronto area hard rock band Motion Device are no strangers to success, but also no strangers to the trials, tribulations and realities of being an independent rock group in the 2010s. Composed of the three siblings, singer Sara Menoudakis, bassist/keyboardist Andrea Menoudakis, drummer David Menoudakis and guitarist (and cousin) Josh Marrocco, the band has been performing regularly for over seven years now, essentially starting from scratch and now establishing a decent, loyal fanbase. Part of their pathway to success has been the group’s ability to leverage the internet, with now 18 million YouTube views and nearly 100,000 social media followers across their most popular platforms.

In their time together, Motion Device has pumped out three albums, including their most recent, 2017’s Wide Awake, a double album concept record that contains over 20 tracks. Along with the online community, one major component of the group’s road to success has been their ability to effectively utilize Kickstarter to help fund the making of their albums. Having grown tired of the grind of trying to find success entirely through their own, DIY efforts, they gave Kickstarter a try and it's the reason why they now have three proper releases and a small, but loyal fan-following.


With a couple of years since the release of Wide Awake, Motion Device is eager to write and record again which is why they recently ran another (very successful) Kickstarter campaign to fund their fourth album, titled, at least for now, MD IV. Hoards of fans joined in on the campaign with some 388 backers pledging a total of CA$ 62,759 to help bring this project to life. With funds secured and energy at new heights, the group aim to deliver the new studio recording by the spring of 2020. To learn more about their history with Kickstarter, how they’ve leveraged success through the platform, and a little more about the new album, Motion Device has joined us for a special guest blog to give us a thorough overview of their experiences gaining traction through crowdfunding.

Guest Blog with Motion Device on their history with crowdfunding and Kickstarter:

Motion Device has used crowd-funding to release three albums. Now we’re planning to build our own recording studio. We honestly would never have guessed we would be in this position when the first Kickstarter was launched back in 2014. The band had grown tired of doing YouTube covers but the success we achieved doing those covers was the spark that ignited our desire to start writing our own material. It was a very natural next step and evolution of the band. 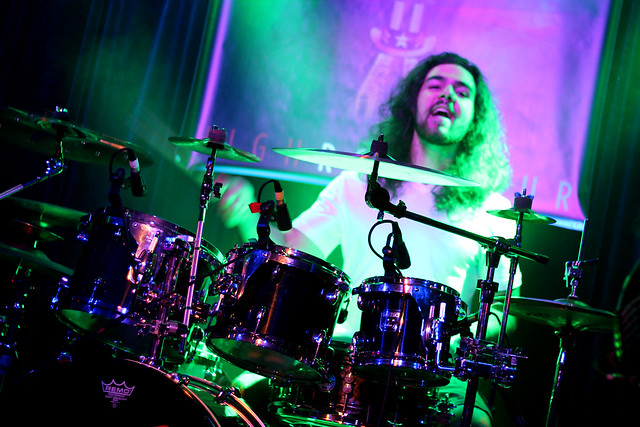 So we decided to write a few of our own tunes and then we asked ourselves, “what’s the best way to get these songs recorded without spending a fortune?” We heard about crowd-funding and we decided to check out the Kickstarter platform. It was and still is today an ‘all or nothing’ proposition. We’ll either get the funding we need to record a debut five-song EP or we won’t, it’s really that simple. Lucky for us our fans wanted to see that debut EP come to life and so it did. In many ways, you could say our first crowd-funding experience was more of a test-run for the band. We really didn’t know what to expect. How many of our fans wanted original material? Were they only interested in watching YouTube covers? Would they actually spend real dollars on Motion Device and believe in this new path we were taking? All those questions were answered in our first campaign so we decided to push the boundaries.

2015 came around and the band was again writing a lot of new material. Now that we had a taste of what it was like to write original tunes and shoot videos for our own songs there was no turning back. When we ran our Eternalize album campaign we kept some of the spirit of doing classic rock and metal covers alive by offering unique rewards to our fans in the Kickstarter project. A few of our backers pledged for reward packages that not only included exclusive campaign merchandise from the band but also offered the band doing a cover song of the backer’s choice on YouTube. The fan would give us a short list of songs/bands to cover and we would choose one, post it online and make sure to dedicate it to the fan that requested the cover. 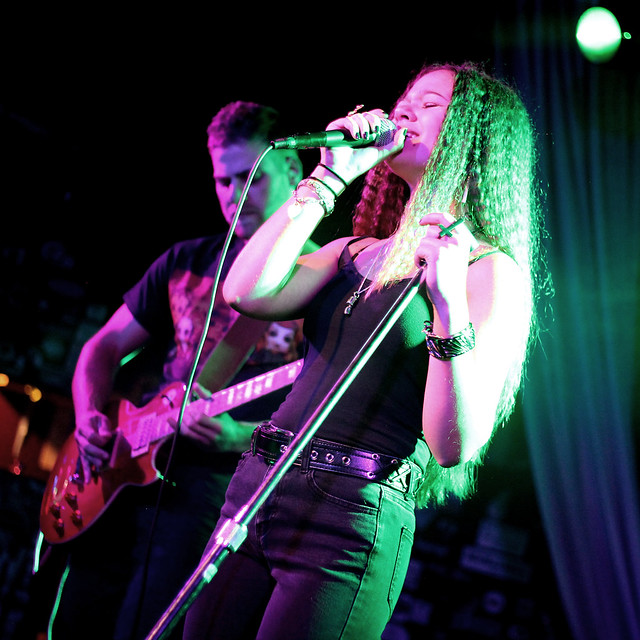 We even offered reward packages that included signed gear from the band like basses, guitars, snare drums, cymbals, etc. When you’re an independent band you simply don’t have the support of a huge fan base like some of the big acts do, so it was important to offer a variety of reward packs to our fans in these campaigns. Some could only afford to pledge for a digital download or maybe a CD but there are always other fans with deeper pockets who want more and we made sure to offer those bigger reward packages to help us reach our funding goal. The funding goal for our second campaign was more than doubled and our first full-length album Eternalize became reality.

Of course, along with success comes the negativity. To many, turning to crowd-funding is a perfectly logical choice for independent bands and artists. You have a small but loyal fan base that wants to see you succeed and is willing to help fund your goals and aspirations of becoming full-time musicians. At the same time, there are some who are critical of the choices we make. Ironically a good portion of those critics are also musicians. For us, it’s kind of like looking into little mirrors and seeing what we might become if we don’t push as hard as we can and take advantage of what crowd-funding has to offer. We don’t want to be one of those people who always complain about the negatives artists encounter in the music business. We know there’s corruption in the industry, we know the chances of making a living as a musician are slim, we know not getting signed to a major record label limits our chances of succeeding… we know all of that. Yet, we carry on because we also know there are many ways to get your music out there so it can be heard and we also believe, deep down inside, that our music is something worth listening to.

Check out the music video for “Thick Skin,” from the band’s second album Eternalize:

Even with a record deal, how many record labels these days would back the idea of a band putting out a double-CD concept album? Our third album Wide Awake was exactly that and also happened to be our most successful crowd-funding campaign to date. We came up with the idea of this concept album because we had a lot of new material written and the songs began fitting into each other like a puzzle. We love bands like Rush, Pink Floyd and Dream Theater so we wanted to follow in those footsteps and put out something that would hopefully be well-received by our fans. We weren’t concerned about critics and we didn’t have to worry about a label being against the idea of a concept album simply because it’s not common to do these days. We wanted to do it and our fans clearly wanted to hear it so they donated and kept donating until our funding goal was more than tripled. In honour of Rush, we even wrote a tune on the album, called The Infinite Wave, a five-part suite that coincidentally was exactly 21:12 long… our way of saying thanks to Geddy, Alex and Neil.

Released independently on July 15th, 2017, have a look at the Wide Awake artwork:

Our fourth crowdfunding campaign was something completely different. We asked our fans to fund a mini U.S. tour and once again they came through. The tour included stops in Indianapolis, Atlanta, and New York in the summer of 2018. Some die-hard fans actually followed us around the country and joined us for all the shows. We stop and think about that sometimes and we can’t believe how blessed we really are. The messages and lyrics that are in the music we write go a little deeper than what you might typically hear today. If you listen to one of our albums it’s pretty obvious that a lot of the music gets pretty heavy but there are quite a few softer and sweeter moments as well. Somehow, someway the songs we write connect to our fans on that deeper level and we think that’s why they are so passionate when it comes to Motion Device. We are always striving and looking for that deeper connection to the human spirit.

Which finally brings us to our fifth and current Kickstarter campaign Motion Device IV: A Self-Produced Album. The idea of recording and producing our own album has grown and grown over the last five years. Writing music and going to professional recording studios to record the material for our first three albums has been a valuable and rewarding experience for all of us. We’ve been fortunate enough to find some great engineers to work with and for the most part, we’ve been very satisfied with the results. 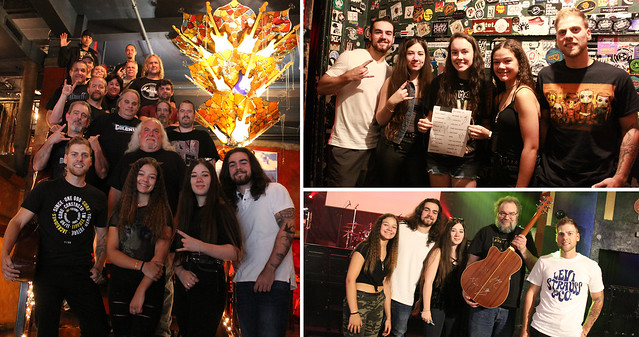 For us, however, it really seems like a natural next step in our progression to actually have the capability to record and produce our own music in our very own recording environment. It’s becoming more evident in today’s music industry and with today’s technology, that artists do have the option if they’re willing to learn and sacrifice the time it takes to master the craft of recording those vibrations that turns into the universal language we all love: music.

Our most recent campaign was about funding our fourth album which will be self-titled. We chose to make it self-titled because we really feel it’s a new beginning and maybe even the REAL beginning for Motion Device. Building our own recording studio is the difference-maker this time around and that’s what a good portion of our funding will be used for. It’s essential in giving us the freedom to be able to constantly tweak and experiment with our sound and our music so we can create the absolute best version of our band possible.

Ultimately, this fourth album and the methods we use to record, produce and release it, will be a huge stepping stone for us and we look forward to doing it over and over again for many years to come. After all, if it’s more music that our fans want… that’s exactly what we plan to give them.

Also off of Wide Awake, watch the music video for "Alive:"