Band Links:
With less than three months to go until the UK’s independent alternative celebration, Slam Dunk Festival 2020 have revealed 14 new names for the May Bank Holiday Weekend bash.

Joining the stacked card set to be headlined by Sum 41 and Don Broco are Stand Atlantic, With Confidence, ROAM, Wargasm, Static Dress, I Am The Avalanche, Vukovi, Sleep On It, The Bottom Line, 30H!3, DJ Jacky P plus names for the acoustic stage Elder Brother, Vinnie Caruna and Derek Sanders are set to join summer bill, boasting the very best names from the world of rock, punk and metal. In addition to these new names and following closely on from Jägermeister’s stage announcement, Slam Dunk Festival have revealed this year’s full stage splits.


Breaking new ground in a fresh decade, Brit-rock titans Don Broco are set to make both festival and career history with their first-ever festival headline performance on Slam Dunk Festival’s new Rock Scene powered by Amazon Music stage. Rock Scene is the global Amazon Music playlist showcasing the most exciting new rock music from around the world. Playing host to a storming set by Pure Noise Records’ State Champs, standout singalongs with Mayday Parade and the highly-anticipated reunion of We Are The In Crowd, the freshly-made over stage has an undeniable line-up mixing up contemporary rock’s frontrunners. Also joining the bill are genre-melding Issues, new additions Stand Atlantic and Aussie rockers The Faim.

Returning to the festival, Stand Atlantic’s Bonnie Fraser said: "We are so damn excited to be playing our favourite festival in the world. We can’t wait to bring some new songs baby - we're gonna give ya everything we've got UK!”

Alex Adam from ROAM says: "Slam Dunk is by far one of our favourite festivals to play. Come and watch us again or we’ll never come back and then everyone will cry. ROAM doesn’t suck anymore!"


Vukovi says: "It’s been a while Slam Dunk...the Slam Dunk crowd is always bursting with energy. We are so ready for our sets"

The full stage splits can now be seen in the latest poster for the festival and you can check out all our photos from last year's alt weekender here: 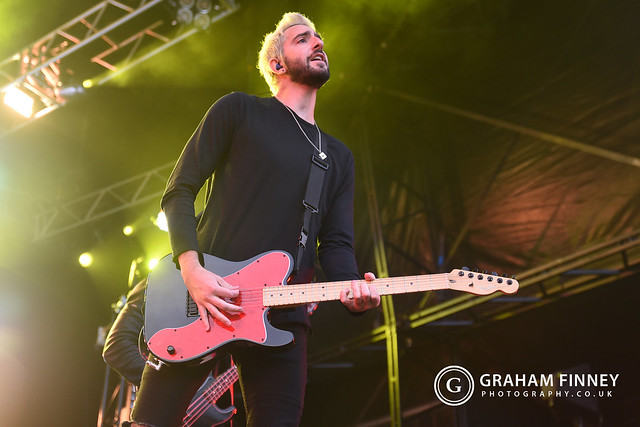 Ahead of the massive May bank holiday weekender, details were revealed for the festival’s official opening party for Friday, May 22, 2020.

Colorado electro duo 3OH!3 are set to kick off the party at the O2 Academy Leeds the night before Slam Dunk North takes place, before drummer extraordinaire Frank Zummo (who you can normally find behind the kit of next year’s co-headliners Sum 41) will be performing a drum set.

Pop-Rockers Kukahi And The Love Machine are Ready to “RAGE!“ [Video Premiere]