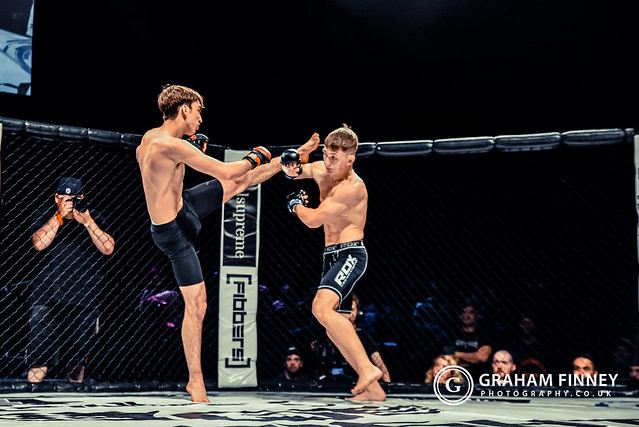 Returning back to the York Barbican Theatre for it's thirteenth show, one of the UK's leading mixed martial arts promoters, Almighty Fighting Championship made sure their latest show had it all. From brutal knockouts to all out wars to controversial decisions, fight fans who made the trip to York were not left disappointed as the twenty-four fight card saw every fighter give it their all in the cage and you can check out some of the best photos of the action right here.

Didn't get to York? Relive the action with this video of the main event where Damian Kieres took on Jack Cartwright: