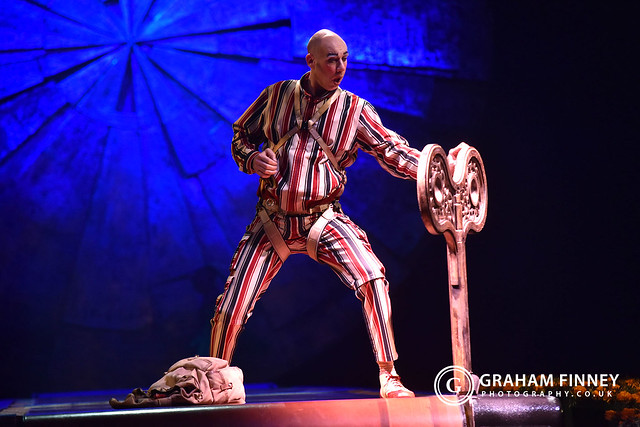 Cirque Du Soleil is known for its incredible shows but, with Luzia, their latest show to come to the UK, the entertainment heavyweights took it to a whole new level with a show that was quite simply stunning. Arriving in London for the preview night ahead of a lengthy European tour, the show takes fans to an imaginary Mexico via a breathtaking array of acrobats, clowns and music. From past experiences with Cirque shows, the acts have always been top notch but it just feels that, with Luzia, Cirque have really upped their game to pull together the cream of the crop.

To say that some of the displays were staggering would be an understatement. From the contortionist to the juggling footballers, from the clown to the trapeze artists, this was next level stunning. Couple that in with an incredible use of water displays and you have a show that will have fans of the Cirque experience remembering exactly why they fell in love with it in the first place. On recent tours you could level the argument at the creators that the storyline tended to veer off into areas that left fans slightly baffled to say the last but that is definitely not the case with 'Luzia' which will have fans on the edge of their seats from start to finish.

Sadly, there is only a London run of shows for this European tour but, if you get the chance to head down to the Capital, make sure you grab yourself a ticket for a show that everyone involved has ensured you won't forget for a long time to come. Immaculate, flawless, breathtaking, 'Luzia', you were joy to experience.

If you want your fix of Cirque Du Soleil though, don't worry, it's coming back in March with a full arena tour for it's Crystal show. General tickets will be on-sale for all UK arena shows on Friday 20 September at 9am. Tickets are available for purchase online at www.cirquedusoleil.com/crystal or www.livenation.co.uk.