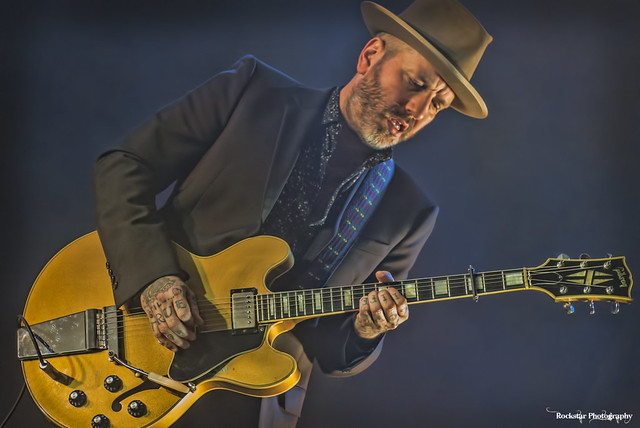 City and Colour were in Toronto along with Jacob Banks and Ben Rogers at the Scotiabank Arena during this leg of their tour.

Ben Rogers (who is signed to Dallas Green’s Still Records) started the show this evening with a very moody set. He was followed by the amazing voice of Mr. Jacob Banks. Powerhouse soul and R&B vocals backed by a pretty rockin’ guitarist made for a really cool sound, and solidly entertaining set. I think I have to say this was my favourite set of the night. Jacob Bank’s first three songs were “Be Good To Me,” “Mercy,” and “Mexico.”

After a brief intermission to allow for a stage set up change, it was time for tonight’s main attraction, City and Colour. Dallas Green, well-known for his role in the more hardcore Alexisonfire, seems right at home with the melodic and subdued songs of City and Colour. Judging by the size of the audience which was overwhelmingly female from what I saw, Green remains an extremely popular draw in the city of Toronto, even after two decades. And he lived up that popularity with a massive 21-song set.

Check out City and Colour's latest music video for “Astronaut”:

City and Colour’s sixth album A Pill For Loneliness was released on October 4th, via Still Records: