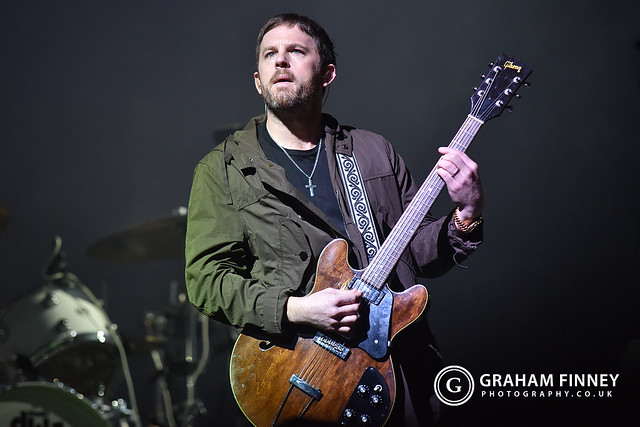 Fusion Festival returned for its 2019 weekend taking place at its new home in Sefton Park, Liverpool where tens of thousands of fans turned out for a top weekend of rock and pop headlined by Kings of Leon, Rudimental and Little Mix.

Now comprising three days (the opening day going under the banner of Fusion Presents, the weekend kicked off with a more rock-orientated bill headlined by American rock giants Kings Of Leon and featured a supporting cast that included Scottish indie rockers Franz Ferdinand, rising Geordie singer-songwriter Sam Fender and the brilliant Jake Bugg. Liverpool was also represented on the bill by local lads Circa Waves with the day and the festival kicking off with Irish newcomers The Clockworks a band just signed to the same management as former Britpop heavyweights Oasis. With over 40,000 packed into Sefton Park in Liverpool, Circa Waves joked "you've all taken the day off work to be here" while Franz Ferdinand had the crowd bouncing with hits like "Trouble Town". It was left to headliners Kings Of Leon to bring the first day to a close and they did so with a twenty-five song set featuring some of their biggest hits like "Sex On Fire" and "Use Somebody". Fusion had arrived in Liverpool and the bar was set high.

American rock giants Kings of Leon wheeled out the big hits like “Sex On Fire” for their headline set at Fusion Presents:


Day Two and three saw the field handed over a line-up featuring some of the UK’s top pop stars and DJs as the Saturday kicked off with another local celebrity DJ, Creamfields Anton Powers. Other highlights of the two days saw Scottish electro-pop favourite Nina Nesbitt bounce through tracks like “Love Letters” and her now obligatory cover of Britney Spears’ hit “Toxic.” Sigala pumped out the anthems from a deck set on top of a 40ft pyramid while Dizzee Rascal had the place bouncing with grime gems like “Fix Up, Look Sharp.”

The final day was one for the pop fans and saw the UK’s most successful girl band of the last few years, Little Mix, sign off Fusion Festival with a raunchy, explosive set of pop anthems. There was plenty to keep pop fans happy leading up to the headliners through as Mabel brought some “Bad Behaviour” to the party while Anne-Marie karate-kicked her way around the stage to tracks like “Heavy.” Elsewhere, Rak-Su and Hrvy represented the boys with the latter performing an impressive cover of Lewis Capaldi hit “Somebody to Love.” All that was just a taster though for the headliners who, for the young audience packed into Sefton Park, were exactly what they had hoped for as Fusion Festival 2019 drew the curtain down on another Summer of brilliant festivals across the UK.
Share this: