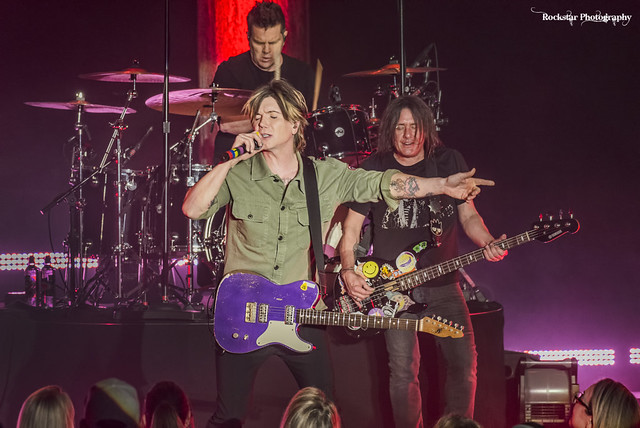 Buffalo, New York natives Goo Goo Dolls dropped by the Queen Elizabeth Theatre on their “Miracle Pill Tour” along with Philadelphia punk rockers Beach Slang. Kind of an odd bill, but it seemed to work.

Beach Slang opened up the evening and soon after, singer James Alex announced that he’d only been in Canada about ten hours, but exclaimed to the audience, “holy fuck am I drunk.” At one point he kind of fell over backward and was on the ground still playing guitar when someone ran out from side stage with what looked like maybe a shot glass of something, after which he jumped back to his feet and played on. It was an entertaining and solid set.

Just “Spin The Dial” to check out this Beach Slang music video:


Tonight’s headliners, Goo Goo Dolls, hit the stage next. With 30ish years under their belt, our nearby neighbours out of Buffalo have a lot of musical stuff to make for quite a long set of some old, some new tunes, some acoustic guitar, some electric guitar.

Singer/Guitarist Johnny Rzeznik played acoustic guitar for a few tunes then switched to electric for the next few, it was a solid set. Bassist Robby Takac was all smiles and seemed to be having a blast, getting the audience to clap along with a couple of songs. Pretty lucky to be that happy going to work the last 30+ years!