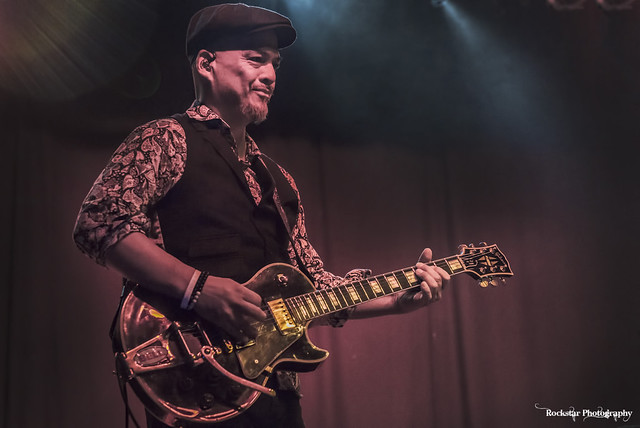 Pixies fans in Toronto showed up in full force the other night to a sold-out performance at The Phoenix Concert Theatre. It was hot and steamy inside even before showtime, with fans standing elbow to elbow and drinking up a storm in order to stay hydrated. Due to the ever more frequent border crossing problems, the originally scheduled opener Kristin Hersh had to abruptly cancel. Toronto’s Ice Cream were the last minute replacements.

The duo, composed of Carlyn Bezic and Amanda Crist, did a pretty good job at getting the festivities underway, I’d say. It was kind of a rock/pop/synth sound, with the two talented females switching back and forth on vocals during their set.

Check out a sample of some Ice Cream with their music video for the song “Peanut Butter”:


A quick intermission gave smokers a chance to outside and cool down, and drinkers to go to the bar and well...cool down. The Pixies formed in Boston, Massachusetts, now over three decades ago. With unrivalled experience and dedicated support from their fans, they hit the stage to a roar of approval from concertgoers. With a two-hour set and a playlist of almost 40 songs, the band wasted no time getting down to business.

There were a lot of dark moments as in (no lights), then lots of red light, and a little bit of fog thrown in just to make a photographers job next to impossible. But the music was good. And isn¤t that all that really matters in the end?

From Pixies’ latest album Beneath The Eyrie, watch the music video “Long Rider”:

Pixies’ seventh studio album Beneath The Eyrie was released on September 13th, 2019, via BMG/Infectious Records: