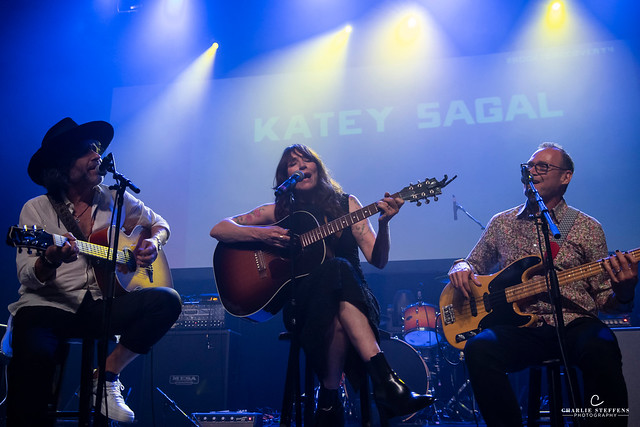 The Fonda Theatre in Hollywood, California was the place where a host of musicians and other celebrities gathered for the annual Rock to Recovery 4 benefit concert and fundraising event. Founded by Wes Geer (Korn, Hed P.E.) in December of 2012, Rock to Recovery’s primary focus is to help people who are in treatment from drug and alcohol addiction, as well as mental health issues, with the healing and transformative power of music.

Playing a varied setlist that included hits from Alice in Chains, Muse, The White Stripes, The Strokes, and System of a Down, the Sacred Sons had the crowd moving. There were lots of smiles and laughter on that stage.

Singing and strumming the guitar with a backing band, Katey Sagal’s performance was impressive. Her speech after being handed her Recovery Icon Award was one of the sure highlights of the evening.

Notably, the majority of people in attendance, entertainers as well as the audience, are in recovery from some form of addiction, so the Fonda was virtually alcohol and drug-free. As unusual as that environment was for a rock show, it never lacked for energy and entertainment.

Watch a short compilation of some red-carpet coverage of Rock To Recovery 4: