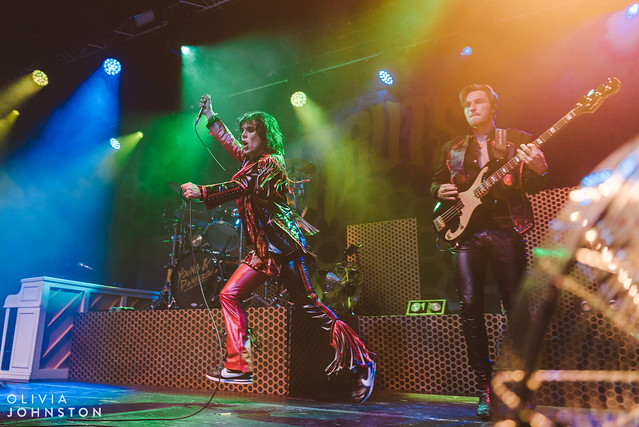 Such has been their incredible rise, that it was barely six months ago that hard rockers The Struts were packing out the Academy 2, one of the smaller accompanying venues to tonight’s date where the band kick off their latest Autumn UK run in support of 2018’s Young & Dangerous which, coincidentally, dropped almost a year ago to the day.

One of the hottest new bands around, the hard rockers hit the stage with a bang with frontman Luke Spiller in particular strutting about the stage at the Manchester Academy like he owned the place and, well, for the hour or so that the Derbyshire rockers were on stage, they pretty much did own the entire place. With sweat dripping off the walls, the group rocked their way through banger after banger from “Kiss This” to “Body Talks” to “Dirty Sexy Money,” this had all the sleaze, swagger and attitude you could wish for in a young hard rock band.

Sure, The Struts influences couldn’t be any more obvious but when you see and hear bits of Queen, Rolling Stones, Def Leppard and Aerosmith being rolled-up and spat out into one big glorious ball of modern-day hard rock, you can see why The Struts are storming their way to the top of everyone’s list of groups to check out.

The Struts teamed up with Kesha for “Body Talks.”