Band Links:
The Boston Calling Music Festival took place in, you guessed it, Boston, from May 24th to May 26th at Harvard Stadium with three stages and an arena full of comedy and various performances. Honestly, this was one of the best organized and easily navigated festivals I have been to. Plenty of restrooms provided minimal wait (maybe five minutes?), stages were no more than a ten-minute walk, lots of food options, and a map accessible in a phone app that would give you directions on where to go. Speaking of the app, it would also allow you to favorite the artists you wanted to see, where it would then show you a list of artists in order by appearance time each day, with the stage listed.

Boston Calling really let their local area businesses shine throughout the three days. Newbury Comics had a tent where you could spin a wheel to win a prize and/or purchase select items that you would typically find in their brick and mortar locations. Over 21 food spots, the majority of which were local were set up giving everyone something to fulfill any and all food cravings. From ice cream (FoMu Ice Cream), and grilled cheese with Roxy’s (who also has a location in the Boston area with a speakeasy-style arcade), to the local burger joint, Tasty Burger. Also, by far, some of the best pricing I’ve seen at a festival; water was two dollars, Red Bull, four dollars, and most food choices clocking in around 9 to 12 dollars.

Check out a short recap of all that went down in last year’s edition of Boston Calling.


While there weren’t many activities, we did have Angry Orchard, Sam Adams, Miller Lite, and Truly, each with their own version of a “beer garden” or hangout spot. Vans had a photo opportunity where you could jump inside a trailer and they would impose a backdrop of screaming fans to catch you. In between bands, you could hang out at the NBC 10 area where they had some lawn games like “corn hole” to play, or you could take a ride on the UBL Ferris wheel.

One of my favorite parts of the festival was the arena. It’s a nice addition to the venue, as it gives people a place to sit in a chair that is out of the sun and in an air-conditioned environment. It was a bit different than what I’ve seen at other festivals, showcasing DJs, comedians, a lecture, and ballet. However, this is the best thing about the arena, and also the worst. People going to a festival may not necessarily go to a comedy show, or go to see Imogen Heap demo/talk about her MiMu gloves, which was apparent, especially during Imogen Heap’s Saturday “performance.”

She talked about how there wasn’t really a description of what she was there to do, but that she would not actually be performing and instead would be discussing her gloves, and the technologies surrounding it. She sang part of, “Hide and Seek,” twice, once to demonstrate how they work, and once to demo how it makes her performance more interactive while she walked through the crowd. 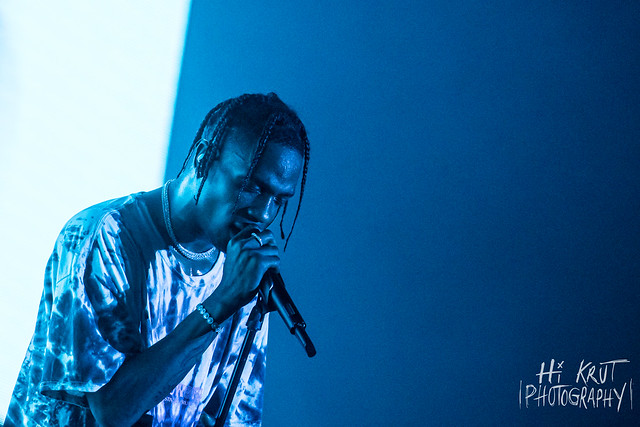 While it was fascinating to learn all about this, those that were very obviously not there for a lecture loudly talked throughout the entire presentation. Persons standing around the sound booth, myself included, could barely make out what was being said, and it was really unfortunate that the festival did not make it a point to tell people to be quiet or to try and quiet them during her time. Imogen Heap’s patience for this was untouchable, and she made it through her entire presentation despite the rude crowd and technical difficulties.

The comedians that performed on Saturday were top notch. Lamont Price, Marina Franklin, and Jenny Slate all delivered their style of a great performance, but comedy is very much an energy/crowd-driven performance, and we did not deliver, collectively. While I love the idea of adding comedy to a music festival, I also feel that if a Venn diagram was created of comedy fans, and music fans attending Boston Calling, it’s a much smaller audience than expected.

Beyond the arena, some of my personal favorites of the weekend were Christine & The Queens, Logic, Twenty One Pilots, Betty Who, and Travis Scott. They all brought fantastic energy to their performances despite the heat at some points throughout the weekend.

As mentioned, Christine & The Queens was among the best acts of the festival. Watch their recently released video for “Comme Si.”


While situated in a great location, getting in and out of the festival was a nightmare, with no parking nearby, and most of the roads closed off which made it hard to Lyft in. Which is why the festival staff made you walk about ten minutes to a Lyft pick up spot. Sunday night, Lyft prices soared to 40 dollars per car and 30 dollars per pool. The train stop was backed up with a wait (after an almost mile-long walk). I even waited for a bus that never showed, and after having walked the festival and surrounding areas for three days, all I wanted was to be back at my hotel, which took roughly ninety minutes before prices were reasonable again.

Overall, Boston Calling was enjoyable. Lots of great performances in a mostly excellent venue, but there was plenty of room for improvement. There were more activities outside of the bands, but affordable merchandise would have been nice —hoodies started at 60 dollars and went up to as much as 100 dollars. More options for getting to and from the festival without having to walk a ton at the end of the day are necessary, and some sort of guidelines for performances at the arena (or more transparency about what to expect from those performances) is also needed. As Boston Calling continues to grow and draw larger audiences, it will be interesting to see what changes they make to further improve upon things for the festival’s 2020 edition.