OUTSIDE LANDS 2019: Some of the Festival’s Top Moments [w/ Photos]

Band Links:
Taking over the Golden Gate Park for the 12th year, Outside Lands transformed the park’s peaceful escape from busy city life to a bustling space full of fans, food, and fantastic music for the annual festival. (Be sure to also check out our festival preview here.)

Three day weekend passes for general admission sold out and Saturday saw the largest attendance of the weekend. Unsurprisingly, the sold-out crowd made getting around the park quickly an extra challenge for the afternoon, and into the early evening. Fans needed to plan extra time before the beginning of sets that they wanted to see in order to make it from the Lands End stage all the way to the other side of the park to the Twin Peaks stage. In true San Francisco form, the fog rolled in early that day, so the jackets were quick to come out of the many clear backpacks traipsing on shoulders around the grounds. While jackets seemed to put a damper on some people’s festival fashions, it was apparent that many attendees had worked an appropriate layering system into their outfits to keep up with the always-changing San Francisco weather.

The three-day festival continued to prove itself to be a one of a kind experience in San Francisco. The 2019 Outside Lands brought quite a number of memorable moments (both good and not so great), so here are some of the ones that stood out.

In case you want more than wicked words and killer photos, here’s the official Outside Lands recap video:


01. If it Was Possible to Sell Out an Open Airfield, Hozier Did so on the Sutro Stage.

- For those that opted to end their evening with this set, it was the perfect combination of winding down after a long day while experiencing music with the energy you could dance to. I arrived early to the stage and was able to easily make it close to the front of the crowd to get a good view. Halfway through the set, deciding it was ample time to make my way towards the outskirts of the crowd, I was quick to realize that the audience had grown tremendously in the time that I had been there. While I’m sure it’s not common for Outside Lands to bring the same artists back to the lineup on back to back years, Hozier is an artist that I hope we see back in a future year. 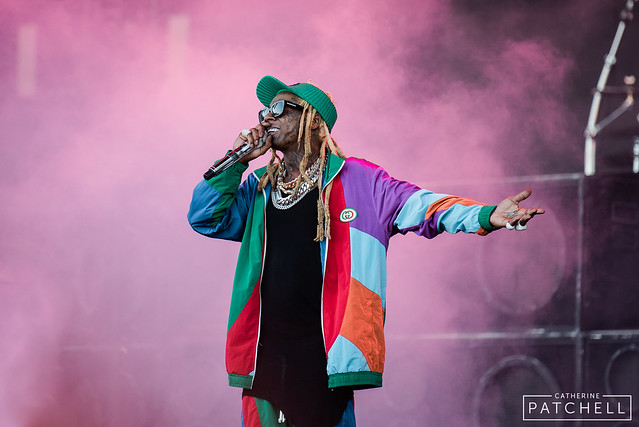 02. Grass Lands was Open for Business.

- This was not the first year that Grass Lands was introduced to the list of the festival’s attractions, but it did mark the first time that attendees could purchase and consume cannabis in the designated area. Regulation in 2018 forbid the sale of cannabis products on-site, but without those restrictions in place this year, festival-goers were able to collectively spend over $1 million on the green products. Becoming the first state-licensed music event to promote a space like this and then be able to boast such successful sales, we are likely to see more pop-ups like this down the road. 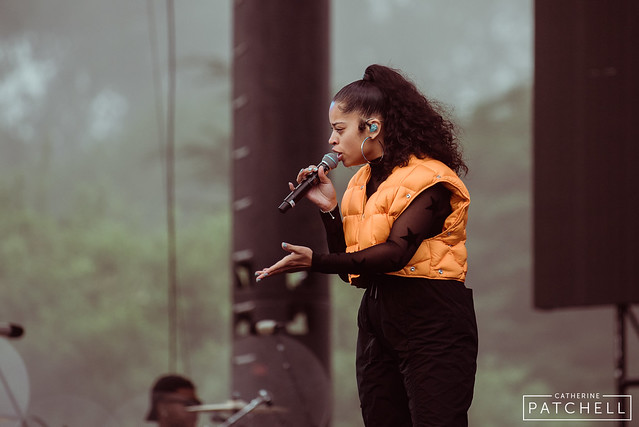 - In the middle of his time on stage, Lil Wayne pulled out a large joint - so maybe the delayed start came from an extended stop at Grass Lands? As was common for a number of rappers on the Outside Lands bill, the artists’ DJs took to the stage first to kick off the set before the vocalist came out. DJ T.Lewis proclaimed Lil Wayne’s arrival with the introduction of “the greatest rapper alive.” The audience heard this multiple times throughout the first 20 minutes (or so, I genuinely lost track of time) of the 60-minute set, as Lil Wayne was nowhere to be seen.

The energy in the crowd started high at the beginning of the set, but the unanticipated wait definitely put a damper on it maintaining for the full set. Songs were seemingly truncated versions of the originals and a number of lyrics felt shouted instead of sung. 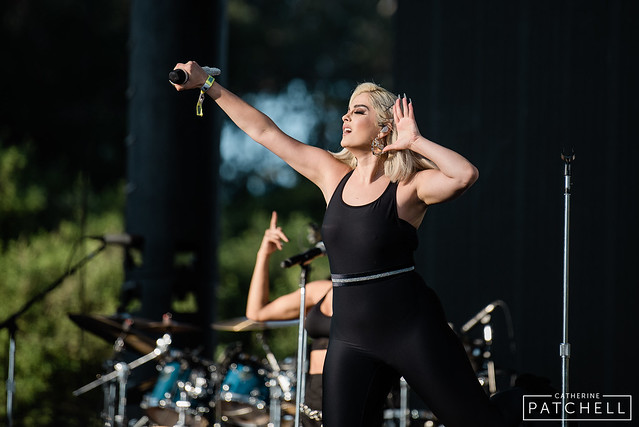 03. Stomper the Elephant Came to Outside Lands.

- The Oakland Athletics mascot, Stomper, made a surprise appearance on the Lands End stage. While P-Lo was taking over the Lands End stage, the elephant danced along for a song partway through the set. P-Lo has spent the last couple years building a name for himself and the Bay Area native was greeted with a huge welcoming from the crowd when he took to the Lands End stage on Friday afternoon. After a brief stumble on stage, P-Lo said he took three shots of tequila before coming out on stage - he was ready to party just as much as the crowd. Multiple mosh puts quickly formed and rarely settled down throughout the duration of the set.

We wouldn’t let you leave before checking out the event’s full poster: