Opening the show a bit before 8:00 pm was Oklahoma City’s own Red City Radio. As they say, “You can’t judge a book by its cover.” And as they also could say, “You can’t judge a band by its videos.” In the case of RCR, on YouTube, they sound (to me) like a slightly-scuffed Florida Georgia Line. But holy crap, onstage, these fellas are full-on Social Distortion, and their Ace Frehley-inspired, guitar-driven tunes smacked with anthemic appeal. Featuring “Rebels,” “Rest Easy” and their latest single, “Love a Liar,” the band’s 35-minute set was received warmly. This prompted Flying-V wielding frontman, Garrett Dale, to comment on “all the friendly folks” the band had met in Orlando. Particularly noteworthy, bassist, Derik Envy’s death-defying acrobatic ability. #Airborne

Red City Radio are chock full of “Rebels,” and we dig that!


Taking the stage a smidge past 9:00 pm, Taking Back Sunday hit, and hit hard with the rib-cracking triple threat of “You Know How I Do,” “Bike Scene” and “Cute Without the ‘E’ (Cut from the Team),” all while their adoring legions sang along gleefully at a deafening decibel level.

“We’re here tonight in a spirit of celebration,” announced TBS frontman, Adam Lazzara near the front end of his band’s exhaustive 90-minute set. Dressed in all black, from head to toe, Lazzara looked like a cross between a less convicted Johnny Cash and a more convincing Dave Grohl. Seemingly under the influence of a fistful of “happy pills,” the iconic 38-year-old crooner proved to be an engaging ringleader throughout the show. And why shouldn’t he be amped-up? His chart-busting collective currently is on a world tour celebrating their milestone 20th anniversary.

Each night of the tour finds the Long Island-based brigade performing two of their seven studio albums in their entirety, track by track, from front to back. While the first album played each night always is the band’s recently reissued 2002 debut, Tell All Your Friends, the wildcard second slot is filled either by their 2004 sophomore set, Where You Want to Be or their 2006 third slab, Louder Now. The call is made based on a pre-show coin toss. And tonight, I was the big winner, as the band busted out my two all-time TBS faves, their first two.

“You’re So Last Summer.” We just wanted to remind you as you view the music video for the second single off of Tell All Your Friends:


Tethered by (presumably) an industrial-strength cord, Lazzara twirled his mic through the air and across the stage throughout the set with Roger Daltrey-like precision. In fact, a less seasoned marksman might have knocked out more than a few teeth from the mouths of unsuspecting front row fans, but not Lazzara. #LeeHarvey

It’s often been said (by me) that if your drummer sucks, then your band sucks. Conversely, if the kid behind the kit can bash like a beast, the rest is a snap, sorta. In that regard, TBS drummer, Mark O’Connell once again lived up to his distinguished bad-ass rep, as he challenged his formidable bandmates for the title of tonight’s MVP. And that was no easy feat given the rock-ribbed finesse of guitarist John Nolan and the cool-as-a-cuke swagger of bassist Shaun Cooper. By the way, two fun facts we learned from Lazzara along the way; he’s not a sports fan, and there are NO wolves in, or at New Jersey. 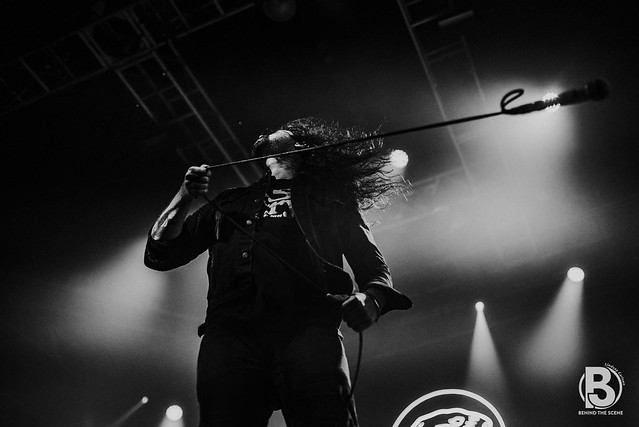 With razor-like neon pink and green lasers slicing through the venue rafters, TBS wrapped up album #1 and segued into #2 with the heart-stopping “Set Phasers to Stun.” Despite the undeniable street-birthed authenticity of Tell All Your Friends, I possess a particular passion for Where You Want to Be. Hence, “Decade Under the Influence,” “This Photograph is Proof (I Know You Know)” and “Number Five with a Bullet” ranked among my “personal best” moments. However, the shiniest highlight of the night was when Lazzara strapped on an acoustic guitar for the signature ballad, “New American Classic.”

“We’re gonna blow your mind,” Lazzara announced as he ripped out his inner-ear monitor buds and marched his crew into a final sing-along, “Tidal Wave,” and the 2006 staple, “What’s It Feel Like to Be a Ghost.”

In sum, this Taking Back Sunday show looked spectacular. The band performed famously and truly delivered the goods, an “ultimate” live personal playlist. And along with a sea of other die-hards, I stumbled out of the joint, sweaty and satisfied. Hey, buddy. Got a smoke?

More than “A Decade Under The Influence” and I still love this music video:

Tell All Your Friends was originally released March 26th, 2002, via Victory Records: