Band Links:
“I couldn’t wait for the summer and the Warped Tour” – a running inside joke to every band, vendor, and fan of the Warped Tour, is this one line from the widely-known Blink 182 song, “The Rock Show.”

The 25th Anniversary version of Warped Tour was something unique. (Be sure to also check out our festival preview here.) Handfuls of bands took to the 4 stages this last weekend, under the summer heat on one of the nastiest beaches in America known only as, Atlantic City, NJ.

Yes, that’s right. The festival took place ON the beach. In the sand. Surprisingly, most people thought it was a great venue location and talked about how AWESOME it was being able to see their favorite band on the beach. That was until we got evacuated. Kevin Lyman appeared on stage as he cut Atmosphere’s set short, saying everyone had to leave immediately, and that we could return in about one hour after the storm passes. Attendees were told to seek shelter in the casinos and to keep an eye on social media. 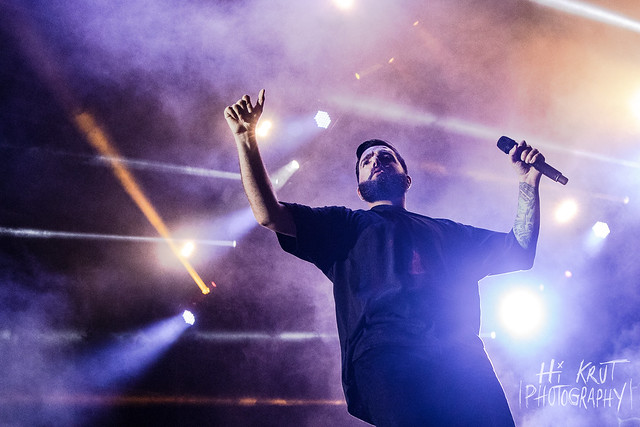 On the walk to my car, I hopped on Twitter. There were lots of mixed reactions. Some people saying that they did a great job on the evacuation, others complaining about how poorly planned this event felt with the long wait times for the ATMs and water.

No matter the feelings though, before we knew it crowds were navigating beyond the entrances and to one of the four stages waiting to see the remainder of Varials and Atmosphere’s sets. Warped Tour social media post an updated setlist. And just like that, the rest of the night was consumed by Good Charlotte, Set Your Goals, Bad Religion, 311, and of course, A Day To Remember. 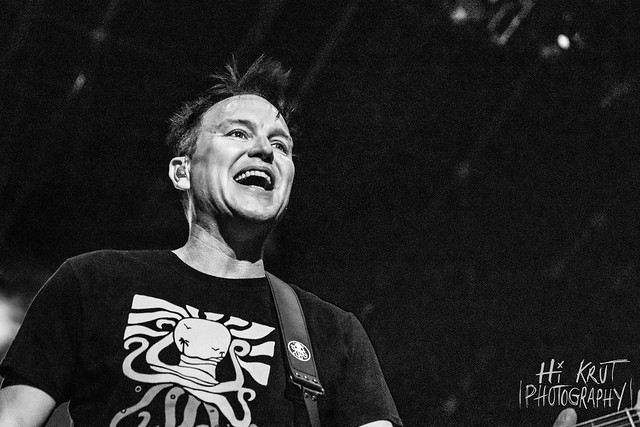 Day two felt like it flew by, even with everyone sunburnt and probably dehydrated. The weather was a bit cooler, but Sunday was more nostalgic for myself, and for everyone I knew that was there. A recollection of our formative years hit hard between The Used, Taking Back Sunday, The Starting Line, and BLINK 182. Not to mention bands like, The Offspring, Thrice, and Sleeping With Sirens who take me back to the days when I street teamed at Warped, or the first time I covered Warped Tour for a publication.

The more I have discussed Warped Tour with people, the more I have determined what a rejuvenation it is for some to rediscover music that has been drowned out of their everyday lives. That not being able to wait for “summer and the warped tour” was once a way of life. But now - it’s just a 25th-anniversary show, what most would consider a special occasion and a good reason to spend the $100/day to see some of their favorite bands play the Vans Warped Tour one last time, for now at least.